What are DC Rowhouses?

What are Washington DC Rowhouses?

Row houses, similar to townhomes, are homes that are very similar if not identical in structure and appearance, one with the other, and are located in one area. They are very common in old, historical cities such as Washington D.C. 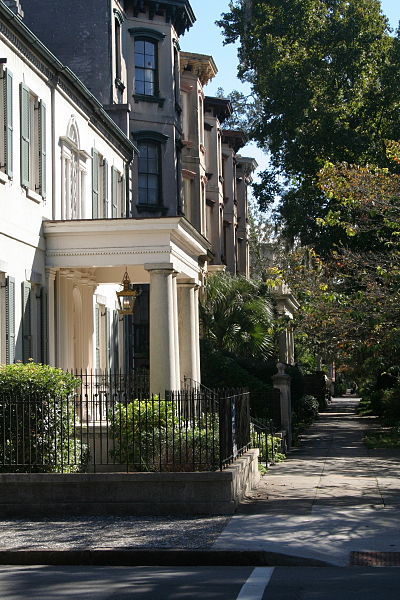 They are also usually attached to each other.  The term originated from terraced housing in Europe in the 16th century. One definition of these homes is, " a row of identical or mirror-image houses that share side walls." The end terraces or end houses are also generally larger than the ones in the middle. Just as having a corner lot in a housing development is desirable, having an end terrace in a group of row houses is desirable.

In the United States, row houses first appeared in Philadelphia but are very common in Baltimore, San Francisco and Washington D.C. as well.  Some appear in New York, New Orleans, Chicago and other areas. They generally have narrow lots, but don't be fooled. The homes themselves can be quite large; often over 2,000 square feet. Remember, row houses share walls, apartments and condos share floors and ceilings.

Row houses are usually built in a federal style. Federal style architecture describes architecture built in Northern America between 1780 and 1830. It is a common middle class style of the time and corresponds with the Regency style in Britain and the Empire style in France. Characteristics of this style include plainer surfaces with detail isolated to panels, and a flatter smoother front. Also, the Bald Eagle was a common symbol used on buildings of this style.

As far as Washington D.C, Capitol Hill row houses have been very hot as of late. Sellers receive top dollar for these coveted homes while buyers do what it takes to own one. These homes are beautiful and many have been renovated and restored to their former glory within the last few years. With the proper agent, such as Djana, one should be able to secure one of these homes even with their extremely short time on the market. Image: By rjones0856 (Flickr: Row Houses) [CC-BY-2.0 (http://creativecommons.org/licenses/by/2.0)], via Wikimedia Commons

I love living, working and playing in the Washington DC area and will be a true advocate for you before, during, and after your home purchase.  Whether you are looking at a home, rowhouse or luxury condo anywhere in the Bethesda MD real estate area, you can be sure your needs will be met and your requirements for a home taken as my top priority. It really pays to have someone who knows the area.

Not only do I represent buyers and sellers of DC Property, but I also represent MD Real Estate and Virginia Real Estate as well.  I am your exclusive Long and Foster Real Estate Professional. Click here to learn more about me.