A few of the many neighborhoods in Southeast Washington DC are Navy Yard and Capitol Hill (these two lie on the North and West of the 11th Street Bridge) and Anacostia and Buena Vista (these two lie on the South and East of the bridge). This article focuses on these four communities. However, there are 22 total named communities within wards 6 and 8 of Washington D.C. The dividing bridge mentioned, the 11th Street bridge, is now under proposal to be turned into a park while another bridge is built for transportation purposes. 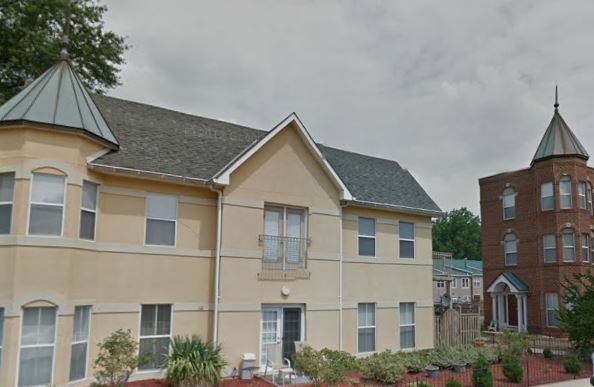 Navy Yard, otherwise known as Near Southeast, sits on the Anacostia River and is bounded by Interstate 395 to the North, South Capitol Street to the West and the river to the South and East. The neighborhood is as you would have guessed, named after the Washington Navy Yard, which fills about half of the neighborhood. The neighborhood has been undergoing revitalization since 2001. National's Park, which opened in 2008, is a must see in this community.

Capitol Hill, home of the United States Congress  is the largest historic residential neighborhood  in Washington D.C. It is also one of the most densely populated. To the North is the H Street Corridor and to the East is the river. Capitol Hill has many 19th and 20th century row houses, many of which are listed on the National Register of Historic Places. Located here, is Union Station where you can enjoy good eats and great shopping.

Anacostia is East of the bridge and full of character. The area is full of rich history and considered a much more affordable place to live than anywhere else in the D.C. area. Famous individuals such as Marvin Gaye and Marion Barry come from here and museums here such as the Smithsonian Anacostia Museum and the Frederick Douglass House can help you delve into the awe that is Anacostia. Anacostia Park is also a great place to visit.

Buena Vista is a large residential neighborhood and the poorest in D.C. although most of the single family detached housing is owned by wealthier residents. The region here is full of hills and narrow, winding roads. The area also has great views of Washington due to its hilly elevation. Due to these amazing views, one of the largest condo complexes here is Washington View.

So, whether you're interested in  the newly revitalized Navy Yard area, a row house in Capitol Hill, affordable housing in Anacostia or a condo at Washington View in Buena Vista, Djana can help you find what meets your needs and your dreams. Homes in the Southeastern quadrant of  Washington DC typically list for around $267,000 to $429,000.

I love living, working and playing in the Washington DC area and will be a true advocate for you before, during, and after your home purchase.  Whether you are looking at a home, rowhouse or luxury condo anywhere in the Bethesda MD real estate area, you can be sure your needs will be met and your requirements for a home taken as my top priority. It really pays to have someone who knows the area.

Not only do I represent buyers and sellers of DC Property, but I also represent MD Real Estate and Virginia Real Estate as well.  I am your exclusive Long and Foster Real Estate Professional. Click here to learn more about me.